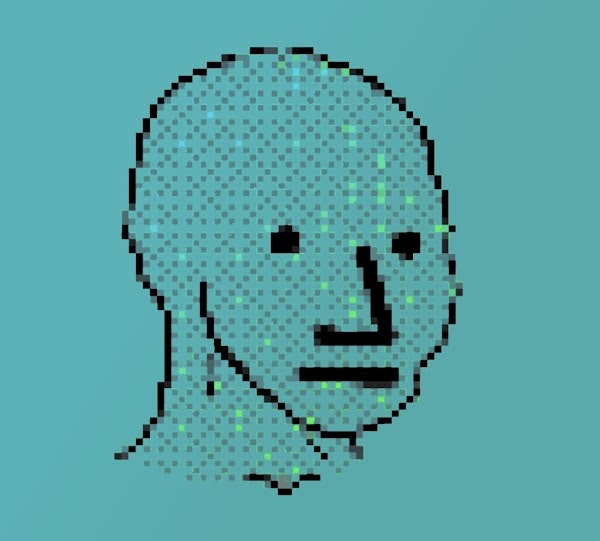 A lot of chatter has circulated about base-layer censorship in the wake of the attacks on Tornado cash. If you weren’t aware, Tornado cash was sanctioned on the pretense of being a criminal operation, with one of its main developers being arrested in Amsterdam. Fearing sanctions, a large number of dApps as well as stablecoin issuers and exchanges began considering blacklisting addresses on their frontends that had previously interacted with Tornado Cash out of fear of incurring penalties for transacting with counterparties who had become financial terrorists in the eyes of the state overnight.

As this crisis unfolded, Ethereum grew closer and closer to its transition to Proof-of-Stake (‘the merge’). Fears grew over the possibility that the validators of the network itself might be compelled by government to censor the content of blocks themselves, preventing a pending transaction deemed illegal to never even be included in a block. The fear was motivated by the fact that at the present moment centralized exchanges including Coinbase and Binance control a large quantity of the total staked supply and the majority of users interact with staking through products offered by these exchanges. I think these fears are overblown; here I will discuss my reasons why I think this way. The probability that ETH as a base layer is censored is extremely low and will not be higher after the merge as compared with before.

First let’s look at the current makeup of the staked Ethereum supply:

Clearly the major players thus far have been largely entities with a fairly large degree of centralization: Lido, Kraken, Binance, Coinbase. More decentralized options like Ankr or RocketPool haven’t taken off to quite the same degree. But this is only 11% of the total circulating supply of Ethereum! I expect the equilibrium state of Ethereum staked to be well above 50% of the total circulating supply. Take a look at the Solana active stake:

Keep in mind Solana achieves this with far fewer validators, that cost a lot more to run, and fewer liquid staking options (especially decentralized ones). Basing your opinion of Ethereum’s decentralization off a snapshot that includes less than 25% of the total supply (with no withdrawals enabled) seems overly preemptive and a bit foolish.

The Base Layer NothingBurger

CEXes are definitely a major player in the staking game right now. I can’t deny that:

But the percentage chart is a bit misleading. Centralized exchanges have collectively deposited about 4.2 million ETH into the beacon chain. These same exchanges have 36B USD (currently 22.936m ETH) in reserves per CryptoQuant. So if exchanges deployed 100% of their reserves to staking now they could potentially control only up to ~20% of the total liquid supply in staking without massively buying ETH. Liquid staking protocols, meanwhile, all have a path to sufficient decentralization. Although this is a speculative statement on my part, I would wager that liquid staking services will achieve an uncensorable degree of decentralization before centralized exchanges lock down a large enough portion of the staking market to manufacture a threat.

What ‘uncensorable decentralization’ means for a liquid staking service is getting to a point where two conditions are met: 1), validators can join 100% permissionlessly (true of RocketPool, not true of Lido) and 2) there are enough individual validators in any service that sanctioning each one is not worth it / not achievable for a government agency.

The biggest criticism of Proof-of-Stake has been that it creates a plutocratic system that entrenches a few big players and allows them to monopolize block production amongst themselves. Apparently, Proof-of-Work and its completely “low barrier” to entry system is not at all susceptible to this very same problem…

Not! PoW has a similar version of the very same problem and in my opinion it is actually made worse due to the structure of PoW. Why? Because miners, who are net sellers of the base layer token at all times and max fee extractoooors, have divergent interests from the community / dev teams that work on the chain. Thus a two-party system emerges, which can cause massive problems and conflict for the network. The best example of this was the block size wars of 2016-2018 on Bitcoin, which at one point posed a real threat to the network as Jihan Wu and Bitmain flexed their chokehold over Bitcoin’s hashpower. (You may see BCH and BSV as sad jokes peddled by delusional bagholders worshipping their scammer ideologues, but during the height of the wars they briefly seemed like a real threat). Miners are powerful, unaligned and sometimes rogue figures who at best just constantly dump tokens and at worst can cause a gridlocks to network improvements. Miners don’t decentralize networks, they just turn networks into a digital version of the US congress. Proof-of-Stake doesn’t necessary centralize the network; I think it is better to think of the difference as a further alignment of interests between more elements of the network.

Furthermore Ethereum Proof-of-Stake has some degrees of sophistication that mitigate the additional centralization pressure of relying on staked capital. First is the maximum balance parameter. This value is set at 32 ETH, both the minimum balance required to enter the validator set as well as the maximum amount of ETH that is used to calculate rewards. So if a validator earns 1.44 ETH in year one and does not withdraw any rewards, the subsequent year the earnings will still be 1.44 ETH. In other words, the stake of the network will not consolidate in individual validators. This allows for a huge number of validators to be viable (currently ~430,000) and encourages the formation of pools.

A second feature to help with achieving balance on the network is the way in which the base reward is calculated; inversely proportional to the square root of the total active stake:

This means as active stake increases, rewards decrease more quickly. This helps to mitigate major players from deploying thousands of nodes too quickly, lest they dilute themselves.

The Future: PBS and Sharding

In the future ETH will take advantage of the merge by rolling out some form of data sharding, increasing throughput of the network and decreasing fees for users of both the main chain and rollups. We don’t know yet what this exactly look like or when we will see it, but the latest discussions have centered around EIP-4488.

This proposal introduces ‘proto-danksharding’, or the groundwork for future data sharding. It would introduce ‘blob’ transactions, or opaque pieces of data up to 1MB that can be included by rollups in blocks along with some other changes. Part of the way in which this plan would be implemented would be by introducing proposer-builder separation (PBS), largely in order to reduce computational load on validators. Block construction under this scheme would fall to a new group of actors, in a similar way to how MEV works today, who would then bid to validators for their blocks to be included.

In this setup the act of block construction (choosing which transactions are in a block) would be moved away from validators. Validators would no longer be able to censor transactions because they would be blindly verifying the block header of the highest bidder block without processing all the transactions included. Block builders could theoretically be censored, but how this would take place is an open question. In all likelihood this will not work because of the increased decentralization potential of a builder. From Vitalik Buterin:

“To avoid this design forcing high system requirements on validators, we introduce proposer/builder separation (PBS) (see also: [1] [2]): a specialized class of actors called block builders bid on the right to choose the contents of the slot, and the proposer need only select the valid header with the highest bid. Only the block builder needs to process the entire block (and even there, it’s possible to use third-party decentralized oracle protocols to implement a distributed block builder)” (source)

So not only are we still early in terms of stake committed, but over the medium to long term validators may not be censorable at all. The choice of whether or not to include a particular transaction on the network would be taken away from exchange validators and block builders themselves have a path to decentralization. There are much lower hanging fruit, like stablecoin issuers, that the government can skewer without as much of an effort. The base layer remains safe and usable as long as what is built on top is committed to decentralization.

I really don’t think passing laws on base layer censorship is worth anyone’s time. There might be a tiny time window when they are feasible but everyone knows the government doesn’t operate on the timeframes they would need to in order to get something done. Furthermore there are lot more nice, juicy, ripe targets that would be easier to attack than the base layer validators. I’d worry more about your favorite centralized stablecoin, frontend, or multisig wallet pseudo-DAOs before I lose a second of sleep over the safety of ETH itself. dApps need to achieve full decentralization urgently and I hope that ‘base layer censorship potential’ never becomes an excuse to not continue this effort. If only you knew how cozy things really were. Happy Merge!

Disclaimer: Opinions are my own and do not represent those of my associates, employers or anyone else.